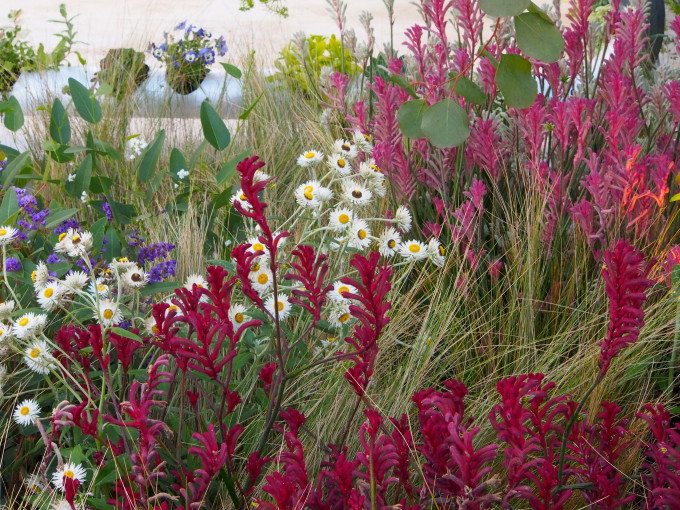 The Lingo Every Novice Gardener Needs to Know

Just starting out in the world of green thumbs? Here are some terms you may want to grow familiar with.

Would you like to know the difference between pinching back and pricking out? Or perhaps you’re wondering what on earth a Chelsea chop could refer to? Check out our rundown of essential gardening terms you’ve probably heard of, but may never have known the meaning of. Let us know in the Comments which ones had previously had you stumped.

1. Annuals, biennials and perennials
There are some plants that spring up once and never again, and others that bloom over and over. You can tell what each plant will do by identifying whether it’s an annual, a biennial, or a perennial. So what’s the difference?

An annual is a plant that performs its whole life cycle within one year. It germinates, flowers then dies – and that’s it. A perennial, on the other hand, is a plant that lives for more than two years.

Biennials are a little more complicated – they stick around for two years but usually don’t flower until the second year. The first year they typically just have foliage.

2. Self-seeding
As annuals only last for one year and biennials two, you might think it’s a waste of time planting them – but there is an answer. If you want the same plants to pop up again and again, go for self-seeders. These are plants that scatter seeds around the garden, which then grow without fuss. The great thing is that the new plants will continue this cycle.

As well as annual and biennial self-seeders, there are some perennials that perform this useful task, too – Verbena bonariensis is a good example.

3. Acid and alkaline soil
Water and sunshine aren’t the only things your plants need to grow – they also require nutrients, which they can get from the soil. Whether or not your plants get the right amount and type of nutrients will depend on the pH value of your soil. You can test this easily by using a kit from your local garden centre, and the type of soil you have will determine what you should and shouldn’t plant.

A pH value below 7.0 will signify an acid (ericaceous) soil, while a pH value above 7.0 will indicate an alkaline (chalky) soil. If the value is exactly 7, your soil is neutral. Some plants like acid soil, while others prefer alkaline, so pay attention to this when you’re designing your garden.

4. Taking cuttings
Want to make some plants for free? One of the easiest ways to do this is by taking cuttings. To find out how to take cuttings for each particular plant, it’s best to find a tutorial online.

A general guideline to get you started is to first cut off a length of stem around 7-15 centimetres long. Remove the lower leaves so you’ve got a length of stem to plant in soil. If you like, you can dip this part in a rooting hormone, which will help it to take root. Pot up your stem in a moist potting mix with sand, perlite or vermiculite, then wrap it loosely in plastic or cover it with a cloche. It usually takes a month or two for the plant to be ready to plant out.

5. Deadheading
An easy way to keep plants looking good and to encourage new blooms is to deadhead them. It’s a quick process that simply involves removing faded or dead flowers to direct energy back into the plant to make new flowers. It can usually be done by using your finger and thumb to snap off the dead bloom. If the stem is tough, you can use scissors or secateurs to cut it. The Royal Horticultural Society (RHS) advises removing the flower’s stalk too, for tidyness.

6. Pricking out
When you’re growing plants from seed, there comes a point when the seedlings need some room. As soon as you see the second pair of leaves emerge on your seedlings, it’s usually time to start pricking out to give each plant space to establish a strong root system.

Use a seed tray with separate compartments, or individual pots, and fill with good potting compost. Remove the most healthy seedlings with a dibber or pencil by gently prizing them out. Carefully place one in each new pot or seed tray compartment, with the leaves sitting just above the soil. Water them in using a fine watering rose and place them on a windowsill with plenty of sunlight.

7. Staking
Ever seen a gorgeous flower rise up in a bed and then sadly flop over as soon as the rain falls? Tall plants (including vining tomatoes, as seen here) can’t always stay upright without some help, and this is where staking comes in. The term simply refers to a method of supporting long, top-heavy plants.

The way you stake will depend on your budget, style and expertise. There are some rather nifty curved wire frames available that you can easily poke into the soil around your plants or, at the other extreme, you can construct a complex grid from branches and twine. Whichever method you use, it’s a pretty crucial job if you want to avoid snapped stems.

8. Chelsea chop
No, this isn’t a west London lamb recipe, it’s actually a type of vigorous pruning that prolongs the life of some perennials and makes them more bushy. In the northern hemisphere, you would usually do your pruning at the end of May, or the beginning of June, around the time the UK’s RHS Chelsea Flower Show ends – hence the name; the idea being that lacklustre blooms that hadn’t peaked in time for the show might yet be sellable after the event. In Australia, this is best done in November.

Cut a clump of perennials back to around a third of the size with shears or secateurs. This will delay flowering until later in the summer, and will also produce shorter plants with more flowers that require less staking. Or you could cut a section of stems at the front of the clump and leave the others to keep growing at the usual pace. The latter technique will extend the flowering season instead of delaying it.

9. Hardening off
If you’ve been growing seedlings indoors or in a greenhouse (see number six above), it will be difficult for them to suddenly face the elements outside. They’ll need a period of adjustment, which gardeners refer to as hardening off – two to three weeks (or longer if the initial growing conditions were very warm) where the plants are gradually exposed to harsher conditions to get them used to growing outdoors.

There are a few ways you can do this, including increasing the period of time your plant stays outside in a sheltered spot from a few hours to a day to several days. Alternatively, place your plants in a cold frame, leaving the top exposed for increased time spans. Or you can withhold water from the young plants in a controlled way, which is essentially the same as leaving them out in the elements.

10. Pinching back
If you want a plant that’s full and bushy, it’s a good idea to encourage it to grow new stems rather than one long one. You can do this by using a technique called pinching, where you prune the main stem back to just above a couple of leaf nodes. Use your thumb and finger to pinch the tender stem off as close to the leaf nodes as possible, which should force it to grow a couple of new stems and result in a much fuller plant.

This article is thanks to our friends at Houzz